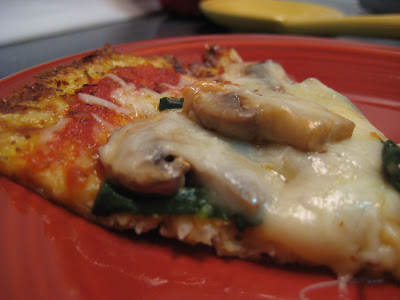 So, there are a bunch of recipes floating around on Pinterest for cauliflower crust pizzas.  It sounded too interesting not to try, so last night John and I tried this recipe out for ourselves.  We had both had big lunches that day, so the smallish sized pizza (9 inches) was a great size for a lighter supper.  We even had a little leftover!  Okay, no we didn't.  :)  It was too tasty not to eat the whole thing!

For the crust you will need:
1 head of cauliflower
1 egg (beaten)
1 cup of mozzarella
and a dash of oregano (I chose to omit the garlic)

Preheat the oven to 450 degrees.  While the oven is heating, you will need to rice the cauliflower, which I did in our FOOD PROCESSOR!  (Basically, use the pulse setting to shred it into grain-like pieces)  I'm so happy we have one! 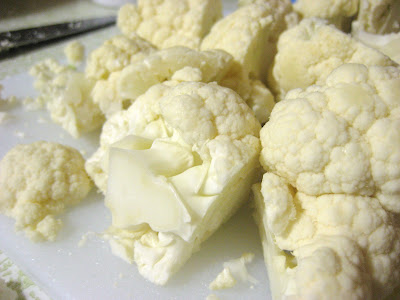 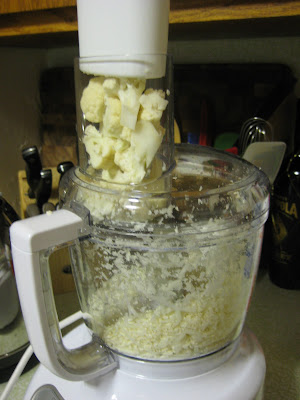 Once you rice the cauliflower, pour it into a bowl and microwave it all for 8 minutes.  Then, scoop out one cup and put the rest in fridge for making more later (trust me, you'll want to!).  Put your one cup of cauliflower into a bowl and add the beaten egg, the cheese, and oregano and stir together.  Grease a pan (I might even use parchment paper next time) and pat the "dough" into a 9 inch round. 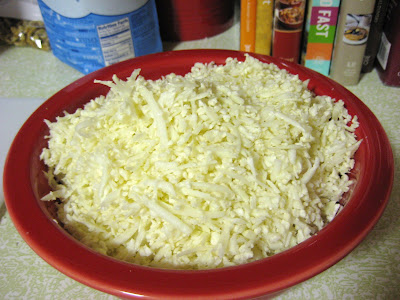 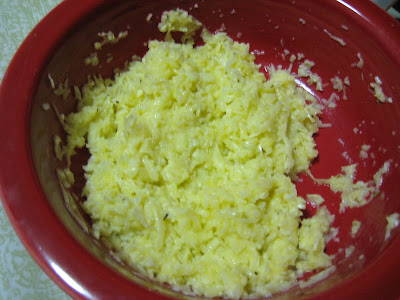 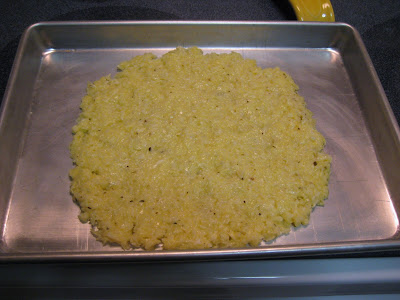 Pop it in the oven for about 15 minutes.  While it's baking, cook the toppings you plan to use.  We chose mushrooms and spinach, my personal favorite.  I brazenly disregarded Julia Childs' advice and crowded my mushrooms into a tiny pan and topped it off with spinach. 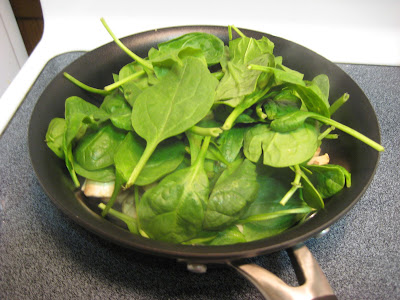 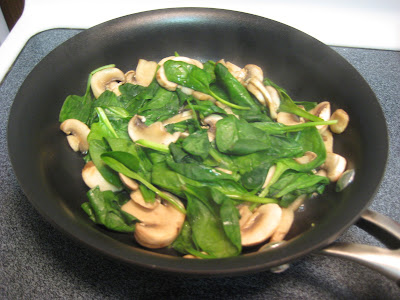 Once the crust is done, spoon on some sauce (we used Prego) and put on the toppings.  Then heat it under the broiler until the cheese begins to brown. 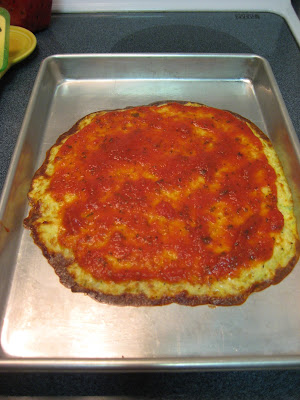 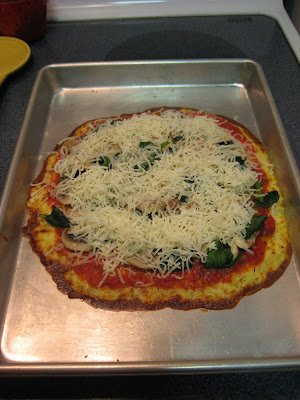 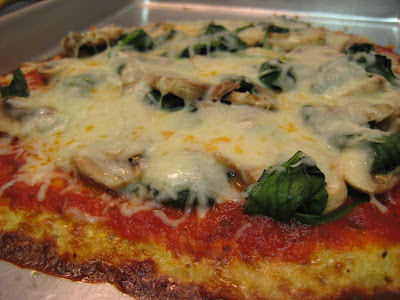 It's definitely an eat-with-a-fork type of pizza, but it was so good!  I hope you try it too!

Big thanks to Eat Drink Smile for the great idea!
Posted by Holly at 1:57 PM